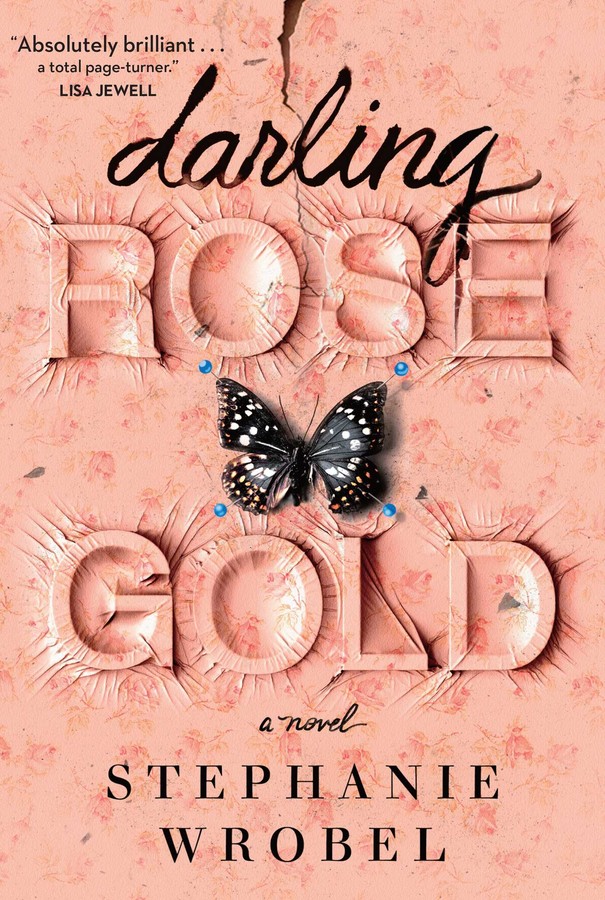 A dark, shocking, and unputdownable thriller debut about a mother and daughter—and the lengths to which a daughter will go to find independence.

“Nobody wants to hear the truth from a liar.”

For the first eighteen years of her life, Rose Gold Watts believed she was seriously ill. She was allergic to everything, used a wheelchair, and practically lived at the hospital. Neighbors did all they could, holding fundraisers and offering shoulders to cry on, but no matter how many doctors, tests, or surgeries, no one could figure out what was wrong with Rose Gold.

Turns out her mom, Patty Watts, was just a really good liar.

After serving five years in prison, Patty gets out with nowhere to go and begs her daughter to take her in. The entire community is shocked when Rose Gold says yes.

Patty insists all she wants is to reconcile their differences. She says she's forgiven Rose Gold for turning her in and testifying against her. But Rose Gold knows her mother. Patty Watts always settles a score.

Unfortunately for Patty, Rose Gold is no longer her weak little darling...

And she's waited such a long time for her mother to come home.

My daughter didn’t have to testify against me. She chose to.
It’s Rose Gold’s fault I went to prison, but she’s not the only one to blame. If we’re pointing fingers, mine are aimed at the prosecutor and his overactive imagination, the gullible jury, and the blood- thirsty reporters. They all clamored for justice.
What they wanted was a story.
(Get out your popcorn and Buncha Crunch, because boy, did they write one.)
Once upon a time, they said, a wicked mother gave birth to a daughter. The daughter appeared to be very sick and had all sorts of things wrong with her. She had a feeding tube, her hair fell out in clumps, and she was so weak, she needed a wheelchair to get around. For eighteen years, no doctor could figure out what was wrong with her. Then along came two police officers to save the daughter. Lo and behold, the girl was perfectly healthy—the evil mother was the sick one. The prosecutor told everyone the mother had been poisoning her daughter for years. It was the mother’s fault the girl couldn’t stop vomiting, that she suffered from malnutrition. Aggravated child abuse, he called it. The mother had to be punished.

After she was arrested, the press swooped in like vultures, eager to capitalize on a family being ripped apart. Their headlines screamed for the blood of “Poisonous Patty,” a fiftysomething master of manipulation. All the mother’s friends fell for the lies. High horses were marched all over the land; every lawyer, cop, and neighbor was sure they were the girl’s savior. They put the mother in prison and threw away the key. Justice was served, and most of them lived happily ever after. The end.
But where were the lawyers while the mother was scrubbing the girl’s vomit out of the carpet for the thousandth time? Where were the cops while the mother pored over medical textbooks every night? Where were the neighbors when the little girl cried out for her mother before sunrise?
Riddle me this: if I spent almost two decades abusing my daughter, why did she offer to pick me up today? 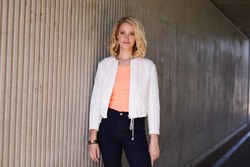 Stephanie Wrobel is the bestselling author of Darling Rose Gold. She has an MFA from Emerson College and has had short fiction published in the Bellevue Literary Review. Before turning to fiction, she worked as a creative copywriter at various advertising agencies. Stephanie grew up in Chicago, Illinois, but now lives in the UK with her husband and her dog, Moose Barkwinkle. Visit her on StephanieWrobel.com and connect with her on Twitter @StephWrobel and Instagram @StephanieWrobel.

“You will find this twisty portrayal of betrayal, brokenness, and reckoning utterly fascinating.”
—?The Globe and Mail

“Wrobel is a fine writer whose two peculiar protagonists are rendered with empathy, plausibility, and flashes of acid humour.”
—?Toronto Star

“It’s rare for something genuinely fresh to come along in this genre, but this book has it all—a killer premise, twisty plotting, crisp writing and compelling characters.?Dazzling, dark and utterly delicious.”
— JP DELANEY,?New York Times?bestselling author of?The Girl Before

“Sensationally good—two complex characters power the story like a nuclear reaction, and won’t let you forget them.? Wrobel is one to watch.”
— LEE CHILD, #1 New York Times bestselling author

“I inhaled this book. Darling Rose Gold delves so deep into family dysfunction that we are left gasping as the last pages turn. Compelling, intriguing, beautifully written and paced like a roller coaster ride, cancel all your plans when you pick up this terrific book.”
— LIZ NUGENT, bestselling author of Unraveling Oliver and Lying in Wait?

“An original, stunning debut! Masterful crafting of a split time-frame and utterly compelling characters will hook readers from the very first page until they finally learn the truth hiding within this chilling mother-daughter relationship. An intelligent, beguiling read that should be at the top of every reader’s list.”
— WENDY WALKER, author of The Night Before

“I absolutely devoured Darling Rose Gold! . . . I couldn’t get enough of Patti and Rose Gold, alternating my opinion of them at the same speed that I was turning the pages! A fabulous read!”
— SANDIE?JONES, author of Reese Witherspoon book club pick The Other Woman

?“One of the most captivating and disturbing thrillers I've read this year. An astonishing debut.”
— SAMANTHA DOWNING,?USA Today?bestselling author of?My Lovely Wife

You may also like: Bone-Chilling Reads to Enjoy Around a Camp Fire