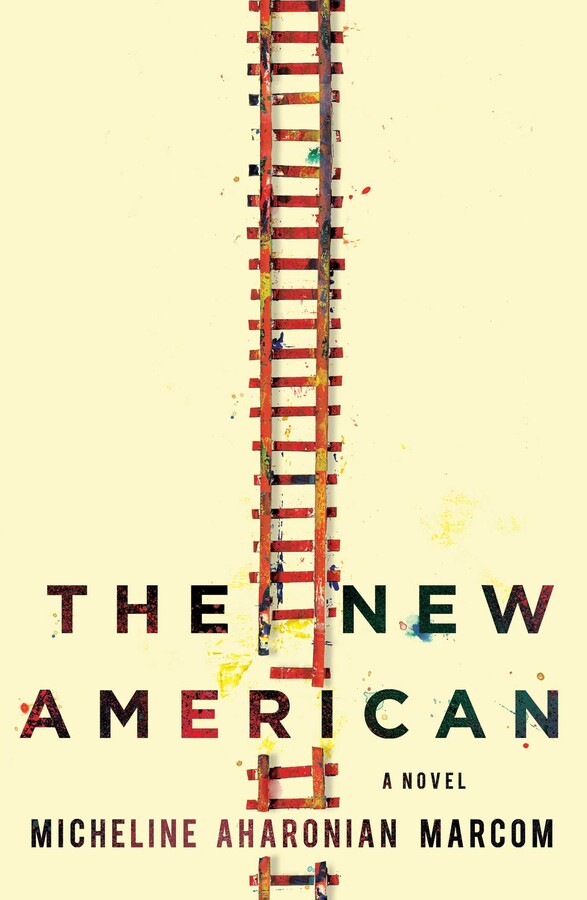 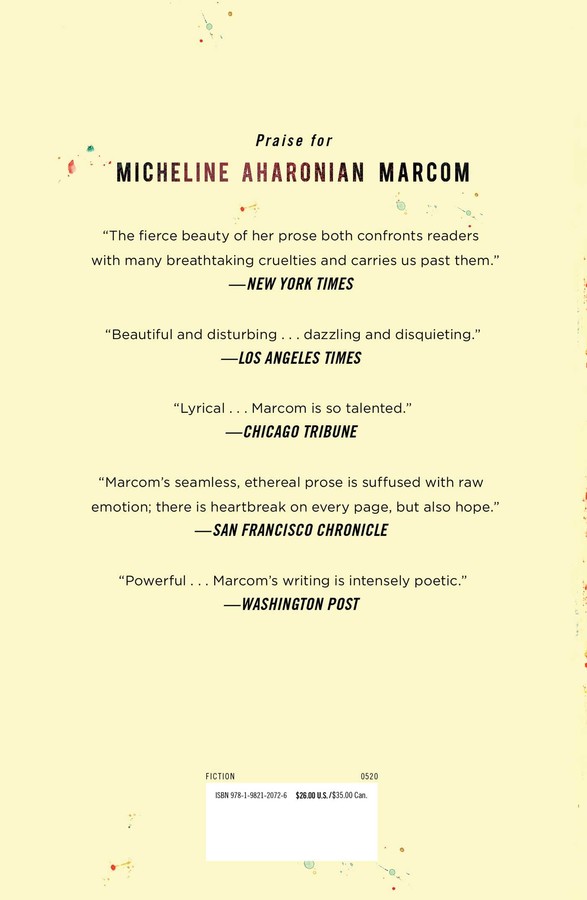 One of 2020’s most anticipated books by The Millions and Ms. Magazine

The epic journey of a young Guatemalan American college student, a “dreamer,” who gets deported and decides to make his way back home to California.

One day, Emilio learns a shocking secret: he is undocumented. His parents, who emi-grated from Guatemala to California, had never told him.

Emilio slowly adjusts to his new normal. All is going well, he’s in his second year at UC Berkeley...then he gets into a car accident, and—without a driver’s license or any ID—the policeman on the scene reports him to Immi-gration and Customs Enforcement (ICE).

Once deported to Guatemala, Emilio is determined to get back to California, the only home he has ever known. It is an epic journey that takes him across thousands of miles and eventually the Sonoran Desert of the United States–Mexico border, meeting thieves and corrupt law enforcement but also kind strangers and new friends.

Inspired in part by interviews with Central American refugees, and told in lyrical prose, Micheline Aharonian Marcom weaves a heart-pounding and heartbreaking tale of adventure. The New American tells the story of one young man who risks so much to go home.

Chapter 1
He is on the bus. The old Blue Bird school bus slowly climbs the steep and winding dirt road as it leaves the green misty valley of Todos Santos behind on its way to Huehuetenango two hours away, but he cannot see any of it through the windows in the darkness. In the seats near him, women hold their babies and toddlers and the old men hold their straw hats in their laps, bound chickens squawk and crik from their baskets overhead. The bus is filled with people of all ages and with their things tied up in big cloth sacks and cheap plastic bags. The engine is loud and cranks and the bus is crowded and cold and he wonders again how many days it will take to arrive and can I ever get it all back?

He had dressed carefully in the hour before dawn at his great-aunt’s house in dark blue jeans, a long-sleeved shirt, a tee shirt beneath that, new white tennis shoes with a red stripe sewn onto their sides, and his red baseball cap. He grabbed his nylon jacket at the last moment, and although it is the beginning of the warmer rainy season in the Highlands, the old bus is damp and unheated, and he is glad he is wearing it. He had already decided to bring the silver wristwatch his mother gave him three years ago when he graduated from high school and he turns his left wrist and looks at it: 5:20 AM. He holds his small green backpack tightly on his lap.

Inside his old school pack he carries a plastic bottle of water, two lollipops he bought yesterday with his cousin’s children from a market stall, a paperback novel, a new journal (where he plans to keep a record of this journey), and a ballpoint pen. He carries an extra tee shirt, two changes of underwear, one pair of white athletic socks, a toothbrush, some paste, and a small piece of hard soap he had wrapped in a scrap of paper. He has four hundred dollars U.S. hidden beneath the insoles of his tennis shoes, two hundred in each shoe, all of what had remained in his bank account in California, and three hundred quetzales tucked into one of the pockets of his blue jeans. He carries another forty dollars in the other pocket along with a small color photograph of her folded between two ten-dollar bills. He thinks of the things he now carries on this bus and of what he left behind in Todos Santos: several pairs of blue jeans, tee shirts, the traditional red-striped pants and handwoven shirt his aunt purchased for him upon his arrival in town two-and-a-half weeks ago (without it, Emilio, you won’t look like one of our men, she’d said), a second pair of tennis shoes, three books he was assigned at university last term, his school ID, his old mobile telephone, his bank card. He thinks of his cash, his silver watch, the red cap and green pack and the book and journal and pen and how some things transit the earth easily and others do not. And he thinks how Aunt Lourdes will soon rise from her bed and discover his absence when she doesn’t find him in the main room on the sleeping pallet she borrowed from her eldest son, Anselmo. How she will walk next door and give Anselmo the news and his cousin will thereupon phone Berkeley and how his mother and sisters in Berkeley will begin to worry, as perhaps will she if she is apprised of it. Yet even so he will not call or contact his family or his girlfriend until he has made it a good distance from here: his mind is set on this course of action and he will follow it. And the winch he has imagined took residence inside him last February, ponderous and metallic, abutting his sternum, turns and pulls a wire from his bowels toward his stomach until his throat also cinches and he puts his hand into the jeans pocket with the quetzales and finds and fingers the white stone Antonia found for him on a beach in Northern California four months ago and he carries it back with him to the North. 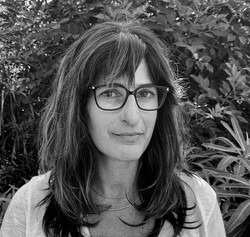 Micheline Aharonian Marcom was born in Saudi Arabia and raised in Los Angeles. She has published six novels, including a trilogy of books about the Armenian genocide and its aftermath in the 20th century. She has received fellowships and awards from the Lannan Foundation, the Whiting Foundation, and the US Artists’ Foundation. Her first novel, Three Apples Fell From Heaven, was a New York Times Notable Book and Runner-Up for the PEN/Hemingway Award for First Fiction. Her second novel, The Daydreaming Boy, won the PEN/USA Award for Fiction. In 2008, Marcom taught in Beirut, Lebanon, on a Fulbright Fellowship. Marcom splits here time between California and Virginia where she is a Professor of Creative Writing at the University of Virginia. She is the founder and Creative Director of The New American Story Project [NASP], a digital oral history project focused on unaccompanied Central American minors who journeyed thousands of miles to reach the US. Visit NASP at NewAmericanStoryProject.org.

Why We Love It

“This is a gorgeous, gorgeous book, which is remarkable in its unflinching look at an experience which shouldn’t be. No one should have to travel, like thousands of people do, across the border in search of opportunity, and face thieves and gangs and corrupt law enforcement, and wind and rain and the brutally hot sun. Marcom illuminates this experience with a keen eye both for the darkest and brightest parts of the soul. There is violence here, and generosity. There is fear, and hope. It is messy, and it is beautiful.” —Emily G., Editor, on The New American

"[Marcom's] telling resonates with heartbreaking authenticity.? And despite the travails she is describing, Marcom’s writing is vibrant and often poetic....Today’s headlines will not let us forget that thousands of other children riding the Bestia. Marcom’s compassionate novel illuminates their painful journey."—NEW YORK JOURNAL OF BOOKS

“[Marcom] depicts inhumanity with visceral force, but her bracing empathy (and hope) shines above all.”—ENTERTAINMENT WEEKLY

"[A] poetic nightmarescape that hums with foreboding and the anguish of lost innocence....Marcom masterfully navigates the graphic ugliness of deportation and anguished immigration with entreaties to a remote and capricious God, creating a tough but necessary and beautiful novel."—BOOKLIST?

“[P]owerful, heartbreaking….Marcom’s remarkable tale credibly captures the desperation and despair of those who undertake the dangerous trek north."—PUBLISHERS WEEKLY

“[A] harrowing, heartbreaking story…Marcom’s plotting and pacing are well honed, and her prose is often revelatory…a gripping novel.”—KIRKUS